21 Clean Movies You Can Safely Watch With Family

Series and movie marathons are a great idea if you’re looking to spend quality time with your loved ones. Whether you’re on the search for clean movies to watch on date night, with your kids, or to enjoy on your own, it’s important to find ones that are age appropriate, entertaining, and suitable for lazy days in.

As a mom, the last thing I want is to spend half the time worrying about what the next scene holds when I’m watching a movie with my kids. Instead, I’d rather focus on whether there’s enough popcorn, drinks and snacks to get us through the clean movie marathon!

We all know that there’s an endless selection of movies to choose from these days, but why the interest in clean movies, you may be wondering? Simply put, they’re family-friendly because of the clean language and clean visuals they contain.

Clean movies typically don’t contain foul language/swearing, overly suggestive content, or graphic violence, which is why they’re considered wholesome family movies that are a great pick, whatever your age.

Let’s see what this list of clean movies holds!

1 – Letters to Juliet – Undoubtedly one of the most popular clean romance movies of all time, Letters to Juliet will leave you feeling all warm and fuzzy inside. An aspiring writer and her fiancé travel to Italy, where she discovers a wall of letters to a Juliet. Here, women who’ve experienced heartbreak have a space to open up, expecting a response from Juliet. For Sophie the aspiring writer, this opens her up to an adventure she never saw coming!

2 – You’ve Got Mail – If you’re into clean rom coms, then this one’s for you. Two business rivals’ dislike for each other contradicts what’s going on behind their screens. Unknowingly, they develop an internet romance and attraction to each other. This is one of the clean romantic comedies that continues to remain popular over the years.

3. Pirates of the Caribbean – This is a film franchise that’s been praised the world over. Not your conventional rom com, but with a few elements of one, Pirates of the Caribbean is a refreshing and captivating clean showcase of the life of a pirate. Captain Jack Sparrow arrives at Port Royal without a ship or crew, only to find himself in a situation that requires one. He joins forces with a blacksmith to try and find the governor’s kidnapped daughter.

4. Pride & Prejudice – When searching for good clean movies on Netflix, this is one you’re bound to come across. Revolving around class, social standing and misconceptions, Pride & Prejudice is a clean movie that’ll open your eyes to what really matters in a relationship.

5. Leap Year – What happens when the man of your dreams just won’t propose to you, even after 4 years of dating? Well, that’s the predicament Anna finds herself in. After discovering an Irish tradition where the woman asks the man to marry her, she decides to take matters into her own hands.

6. The Karate Kid – Now here’s a clean movie about compassion, perseverance and bravery if there ever was one. To defend himself against being bullied after moving to Southern California with his mother, Daniel enlists the help of Mr. Miyagi in preparation to go head-to-head with Cobra Kai. This is a clean movie about using karate to combat fear.

7. Dr Dolittle – This clean adventure comedy sees Robert Downing, Jr. in the lead role as a doctor that can communicate with animals. This is a good choice if any of your kids have an interest in animals or aspire to become a vet.

8. Richie Rich – Macaulay Culkin assumes the lead role of Richie Rich, a boy with all the wealth and toys any child could ever dream of. But of course, you can never have it all. What Richie Rich doesn’t have is friends. When his adoring parents go missing, Richie Rich is forced to step out of his comfort zone and seek the help of a group of kids in finding and bringing his parents home.

9. Charlotte’s Web – A cute and heartwarming clean movie about the relationship between  a spider named Charlotte and a pig named Wilbur. In an attempt to prevent Wilbur from being slaughtered, Charlotte spends her days creating elaborate webs praising Wilbur as not just an ordinary pig.

10. Harry Potter – Both the book and movie series of this franchise are popular among kids. So, it’s no surprise that it immediately comes to mind when thinking of clean entertainment for the whole family to enjoy. This franchise is centered on the life of a young wizard, Harry Potter, and his two friends from the Hogwarts School of Witchcraft and Wizardry. It’s a captivating showcase of supernatural beings, fantasy and friendship.

11. Matilda – This is a clean movie that you can confidently watch with the entire family. Kids will marvel at how the titular character manages to find her way around her negligent and abrasive parents, who don’t even realize that she’s a gifted child. Matilda navigates her school life and gains control when she embraces her power of telekinesis.

12. The Pursuit of Happyness – Good clean movies to watch that are family-centered, such as this one, aren’t the norm. A struggling single father and his son endure challenging conditions in pursuit of a better life. With only each other to turn to, they learn to find happiness in the little moments shared between them.

13. The Chronicles of Narnia: The Lion, the Witch and the Wardrobe – One of the most popular clean fantasy-themed movies, this is suitable to watch as a family. Based on four siblings who discover a hidden land called Narnia while playing hide and seek, they go on an unexpected journey and meet majestic creatures on their adventures.

All-time favorite movies for the kids

14. Toy Story – What’s a list of clean movies if it doesn’t feature the much-loved Toy Story? Incomplete. A cowboy doll and Buzz Lightyear action figure are forced to put their differences aside and find a way to make it back to their owner’s possession. This after he and his family moved to a new house.

15. The Lion King – Many kids would agree with you if you were to say that this is the one of the best clean movies of all time. The original movie has sparked several remakes that are also widely considered clean enough to enjoy with family. Based on a young lion, Simba, who’s forced to accept his position as the heir of his homeland after his father’s murder, his journey is not smooth sailing. He’s met with challenges, opposition, and jealousy.

16. Home Alone – Considered one of the most timeless funny clean family movies to watch, the title is very telling of the premise of this hit movie. After mistakenly being left behind on a festive family trip, an 8-year-old finds himself in a surprising position to protect his family home from a robbery. A good mix of clean humor and entertainment is what you can expect from Home Alone.

17. Honey, I Shrunk the Kids – If you’re looking for an oldie but a goodie to enjoy with the kids, this is a pretty good bet. An inventor’s kids sneak into his lab, only to be miniaturized by his experimental shrink ray. The events that follow are nothing but humorous, as the kids must find their way back into the house after being thrown out with the rubbish!

18. Johnny English – Starring Rowan Atkinson, this is a relatively clean slapstick comedy film to enjoy for some comic relief. A mediocre spy is tasked with preventing pandemonium amid a plot to steal Britain’s Crown Jewels. The situation leads to humorous events in the spy’s attempts to fulfill the important job assigned to him.

19. Daddy Day Care – This is a clean and refreshing take on parenting and gender stereotypes. After being fired from their jobs, two men start their own daycare facility as a way to generate some income. However, business starts picking up and they soon become a threat to the local daycare center that’s been around for years. The more established daycare center then sets out on a mission to see the new daycare center being shut down.

20. Elf – A fitting clean movie choice around the festive season, Elf is a classic that still has people laughing years after its release. Buddy is determined to gain his father’s approval after moving to The Big Apple to meet him. Despite various challenges and hiccups along the way, Buddy’s positivity is what gains him favor with everybody who encounters him.

21. The Pink Panther – Steve Martin leads the remake of this classic clean comedy. Centered on the murder of a soccer coach and the subsequent theft of his ring with a diamond called The Pink Panther, this is clean enough to enjoy with the whole family. The slapstick humor in this movie is introduced through the mediocre inspector’s approach to the case. If you’re looking for a clean cross between mystery and comedy, this is it!

9 Gifts for Baby Girl or Boy That You Won’t Be Able to Resist! 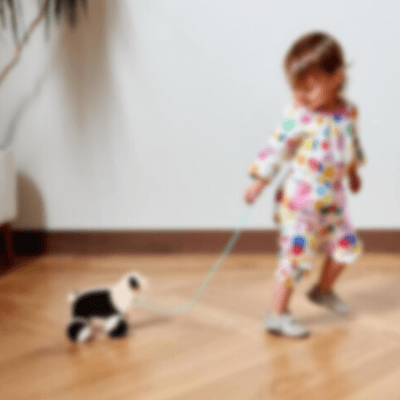 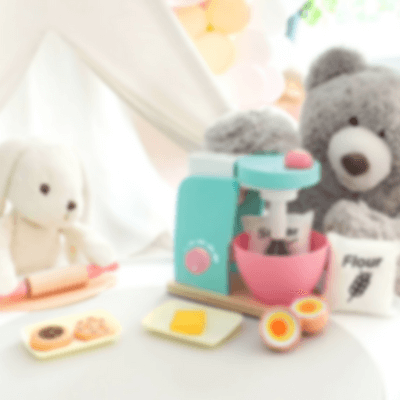